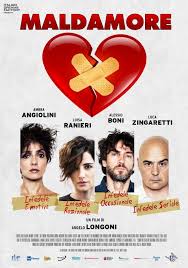 Paul is a musician and is married to Sandra, the two have difficulty conceiving a child. Paul’s sister called Veronica and has a relationship with Marco. However one evening Paul and Mark confess each other of having betrayed their companions, but they do not know that the two women are listening to them.